As many of you already know, March 8th is International Women’s Day (IWD). At RW3, we strive to be inclusive and supportive of women and their ever-evolving roles in society and business—especially in a global context. So, we want to pay tribute to women around the world by sharing how the day is celebrated in different countries and cultures.

What is International Women’s Day?

To give you a bit of context, International Women’s Day is meant to celebrate women’s contributions to history and culture, especially as related to justice and progress toward equality. The UN didn’t recognize the holiday until 1975, but some form of an international celebration of women and women’s rights started amongst socialist countries in the 1900s.

Over the course of the 20th century, the holiday evolved into unique celebrations of women, womanhood, and feminine empowerment in societies around the world. As you read about International Women’s Day in different countries and cultures, consider how you might want to celebrate in your own work or personal life!

International Women’s Day is a public holiday in Russia, and Russia is amongst the countries that have recognized the day since early in the 20th century (1918). Initially, the day had strong political motivations, and it was meant to celebrate women’s contributions to society, democracy, and progress toward equality. Over time, however, the holiday lost many of the political overtones it once carried in Russia and other nations governed by the USSR. Today, its celebration is more symbolic—similar to Mother’s Day or Valentine’s Day.

In major Brazilian cities, you might see some International Women’s Day demonstrations and festivities in the streets, some of which are political in nature. However, the central focus in Brazil is generally the celebration of feminine beauty. Many shops and businesses have special offers for chocolates, flowers, and beauty products, and it’s customary for men to offer small presents to their female friends, colleagues or family members.

Brazilian children also play a role in International Women’s Day festivities. It’s common for younger kids to create notes or small crafts for their mothers or sisters, and high school students may be assigned to write a letter to a woman they love or admire.

A friend of mine from Italy explained that it’s customary during “la Festa della Donna” for men to give Mimosa flowers to the important women in their lives. It’s also common for bakeries to sell special cakes inspired by the flower, with citrus flavors and floral decorations.

If you aren’t familiar, Mimosa flowers bloom in bundles of small, yellow blossoms each year around the beginning of March. The timing of their bloom coincides with both International Women’s Day and the onset of spring, but Mimosas are also symbolic. In Italian culture, they represent femininity, strength, and sensibility because of their delicate appearance as well as their ability to thrive in many different climates and environments.

Beyond acknowledging the cultural, economic, and political contributions of women to Indian society advocacy is a common theme of International Women’s Day in India. Each year, the country hosts rallies and seminars on women’s issues, with a particular emphasis on raising awareness and prevention of violence against women. Non-governmental organizations (NGOs) often host fundraising events or screenings of documentaries or TV shows on these topics, and grassroots organizations strive to bring greater visibility to women’s issues through local initiatives. At a local charity called Palli Unnayan Seva Samiti (PUSS) India, a group of girls created a dance video along with the hashtag “#pressforprogress” to help advance women’s educational opportunities across the Indian state of Odisha.

When I lived in Côte d’Ivoire, West Africa, I learned that it is customary on special occasions like a wedding or birthday for each person in a family or community to make an article of clothing using the same print of African wax fabric. This is a fabric characterized by bright, saturated colors and bold patterns, often incorporating symbols of African history or proverbial wisdom.

For International Women’s Day, a new print is designed each year and released a few weeks beforehand. When March 8th arrives, many of the people you pass on the street or see at work are wearing the same print in all different styles and designs. Côte d’Ivoire also hosts events that are largely focused on women’s education and economic empowerment. At these events, nearly every person wears their International Women’s Day swag, adding to the feeling of camaraderie amongst women and highlighting the broader community’s support for gender equality.

Chinese society is unique in that it celebrates not only International Women’s Day, but also Girl’s Day, which is recognized on March 7th. International Women’s Day is celebrated with small gifts and a shortened work day, but it is largely focused on honoring married women. Girl’s Day therefore became a celebration not just of young girls, but of single women as well, especially university students. On March 7th, many universities host events and competitions for female students, such as dancing or makeup contests. There is also a romantic component to Girl’s Day, where men are encouraged to express their admiration for the women they like.

In many countries, large rallies or parades are localized in urban areas, while celebrations in rural areas are often quite different. In Madagascar, for example, festivals and demonstrations hosted in its capital, Antananarivo, tend to be bigger and more political in nature. By contrast, celebrations in smaller villages tend to be more informal, with women dressing in traditional garb and dancing together in the streets.

These different International Women’s Day customs and themes across different countries and cultures are significant not just because they honor women around the world, but because they represent the diverse values and traditions at play in a global context. So whatever your cultural background, however you choose to celebrate, remember to consider, include, and celebrate the diversity of those around you.

Learn more about our diversity and inclusion course: 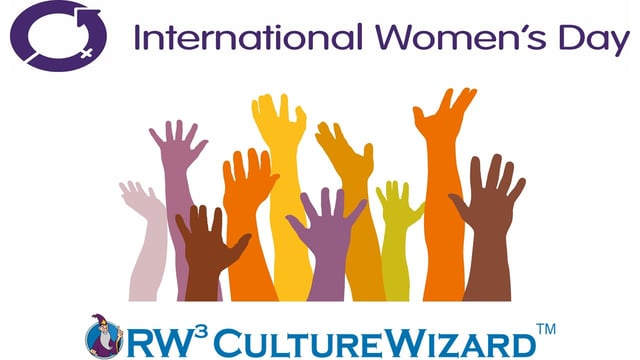 International Women's Day is a day to celebrate the social, economic, cultural and political achievements of women. Equally important, it is a time to look ahead at what still needs to be done and how each of us can make an impact.

Join RW³ CultureWizard and our partner, Mercer, at this special Cultural Wisdom webinar focusing on the richness of gender diversity. Our experts will offer a fascinating array of stories, insights and data about women and men in the global work place today. In this webinar, you’ll learn: Read more
Tags: CultureWizard Blog, women, International Women's Day

When I began a year-long fellowship in Abidjan, Côte d’Ivoire, a large city on the southern coast of West Africa, I thought I’d done a good job preparing for the cultural transition. I’d considered the complications that a young, single Western woman might face moving overseas: culture shock, health insurance, language barriers… But as it turned out, the most difficult part of this international assignee’s cultural integration was nothing so important. The hardest part, by far, was taking a taxi. 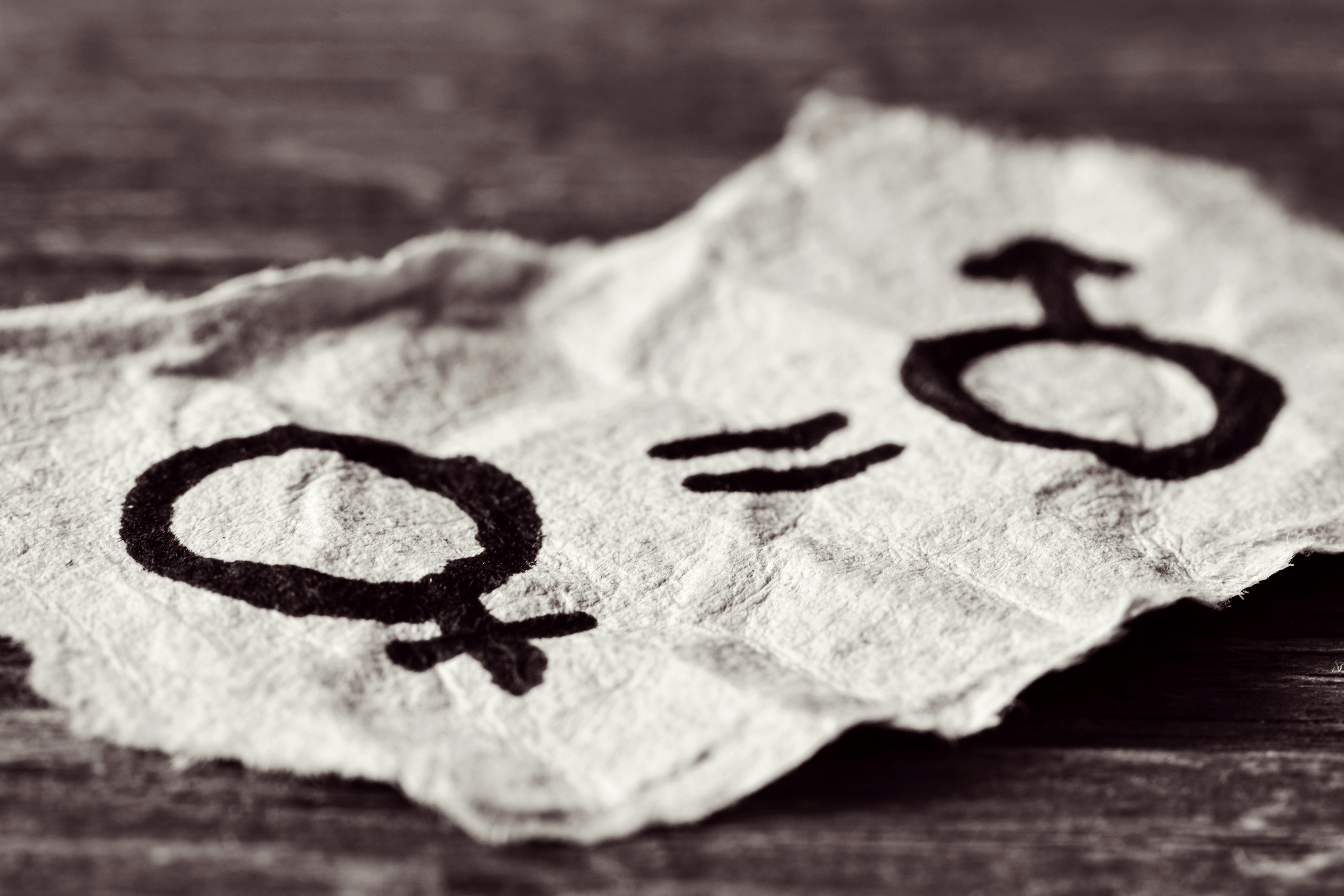