Black History month (also known as African American History month in the United States and Canada) began in the 20th century as a way to recognize the African Diaspora and pay tribute to notable individuals as well as study the uniqueness of the Black experience. It is also observed (at a different time) in Ireland, the UK and the Netherlands.

One of its goals is to celebrate Black individuals who have significantly contributed to society, and we feel it’s a particularly good time to focus a bit on some of the common experiences Black businesspeople may face while on international assignment.

According to The Black Expat, an online resource dedicated to sharing international living experiences of Black expats, numerous websites explore people’s travel experiences, but “few platforms focus exclusively on the Black expat life.” In some ways this reflects the fact that there is a very small percentage of Black assignees. So, along with the myriad challenges all expats face as they adjust to life in another culture, Black expats tend to face a number of unique challenges and obstacles.

Here are a few first-hand accounts from Black expats, compiled from The Atlantic, Travel Noire, and Diversity Abroad:

It can be harder to make connections with other Black expats in certain areas of the world.

“Being an expat can be lonely,” said Dana Saxon, an expat living in the Netherlands.

“When you leave friends and family behind, it’s up to you to create your own community in the adopted country. Fortunately, Black people are everywhere. In many cases, even though we often have different backgrounds and life experiences, I’ve found my community among other Black women, including locals and fellow expats. It takes more effort to find your people when you’re living abroad. But, trust me, we’re out here.”

Angelique, a Black expat in China suggests “looking for people who look like you (yes that’s extremely important) as well as others who live in the country you’re considering. Ask them their experiences, ask for advice on where to go and what to do.”

However, it is important to be sure not to remain in an expat bubble. While it may be comforting to find like-minded individuals who can be supportive of challenging experiences, it is also important to find local connections. As Aprés Josephine founder Lyneka Little says, “The way to be a good guest in someone else’s country is to try to reduce centering yourself.”

One way of doing that might be to date a local, which can enrich an expat’s experience because dating often leads to more authentic forms of contact. Forming more intimate relationships with locals may not come naturally to everyone, but it can afford a deeper learning of the local culture and language. In family-oriented and interpersonally-oriented cultures, there may be great opportunities to integrate into the local community by building relationships, friendly or otherwise, with local people through whom you may also meet family members and other members of their social network.

Stereotypes can lead to misunderstandings.

In parts of the world where the only Black representation lies in television and movie stereotypes, Black expats often find themselves fighting to educate and correct misunderstandings, while being subjected to unfair bias. Kaylee Robinson, a black expat in South Korea, was told that she was “much nicer than [her co-teacher] had expected,” and was “nothing like the angry Black drug dealers and criminals that she had seen on TV.”

Robinson notes, however, that she did not categorize these instances as racism, but as systemic cultural ignorance and lack of awareness. “You cannot blame children or their parents for lack of exposure to other cultures. … However, this same ignorance can easily be transformed into racism without proper education, as we see happen so often in America.”

Angelique (mentioned above) offered a similar view: “I realize some of what is said is ignorance out of just not knowing about POC outside of what you see in the media. I have learned it’s not always a negative reaction, but more so of a curious one to me. It can be difficult to be stared at, touched or constantly have random photos and videos taken of you.”

Local beauty products can be very different around the world.

Hair services and products, for example, can be hard to come by as Diversity Abroad contributor Arien Atterberry learned: “Throughout [Spain], even in cosmopolitan cities such as Madrid, I found it oddly difficult to find a barber that catered to people with hair like mine. Even with the large amounts of African immigrants, I didn’t find stores that sold products that catered to African-Americans.”

Darker shades of foundation can also be rarer in certain countries that favor lighter skin tones, while whitening creams may be common. One expat In Central Java told The Atlantic that they had been offered whitening cream on five occasions while in Indonesia.

A good preventative might be to stock up on hair and beauty products before traveling abroad.

Resources That Feature the Voices of Black International Travelers

From conversations with Black entrepreneurs thriving in Paris and Beijing, to podcast recommendations and tips galore, these resources are rare gems in a sea of webpages dedicated to deciphering the expat experience from the usually white, North American, or European perspective.

The Black Expat allows contributors to offer a diversity of perspectives, from “passport privilege” to Third Culture Kids (TCKs) of color, as well as their experiences of living and working in countries around the world. The Wall Street Journal interviewed Amanda Bate, the founder, and called the site a voice for “global nomads of color.” This may be a powerful resource not only for Black expats and their families, but also for global mobility professionals and the receiving managers of Black expats moving into their offices.

Travel Noire is a resource that was founded to “to make international travel more inclusive and representative for explorers of color.” Travel Noire is a resource with articles describing everything from “What it Feels Like to Be a Black Man in Australia” to top brunch spots in different cities. It also offers memberships to its travel community, with access to travel guides tailored to the Black experience.

African American In Africa is dedicated to amplifying “the perspectives of travelers and expats of color across the African continent.” They offer personal experiences and interviews from Black expats who have lived in or are living in Africa, as well as tips and resources tailored to travelers of African descent.

Aprés Josephine offers a French perspective on the Black expat experience. Founded by Lyneka Little, the online platform was named after Josephine Baker, arguably one of the most famous Black American expats, who, like many Black artists of the Harlem Renaissance, left the racial segregation of the United States to pursue jazz in Paris. The resource offers abundant articles, highlights Black expats doing big things, and lists relevant events in New York City and Paris.

Black Travel Movement is a community of over 25 million Black travelers who share experiences and even travel together. They advocate for the importance of Black travel groups, because such a community allows Black travelers to uplift and empower one another in spite of systematic racism.

We offer a very valuable array of resources at CultureWizard that can offer a guide to make the most of your new life abroad. What resources have you found to be helpful as a Black expat, or as someone supporting expats of color as part of your role?

Learn how you can work better with your global co-workers, request a demo below! 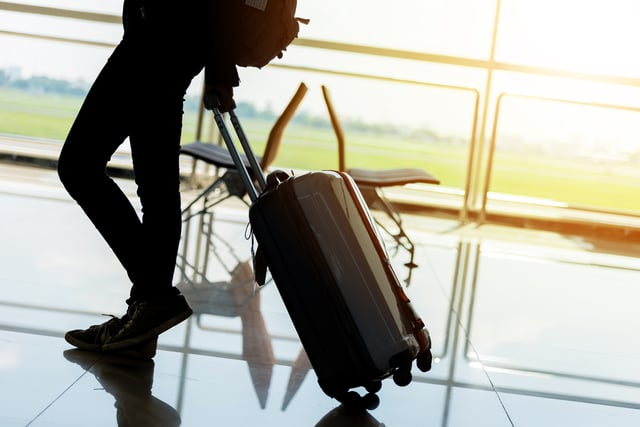 It seems apparent that younger, entry-level associates, if properly prepared, are capable of succeeding on global assignments, perhaps just as much as their senior colleagues (who may or may not have a partner and children). Expatriate assignments have historically been geared towards tenured employees, but the incentive to send a younger cadre of workers is on the rise. Economic pressures will fuel this trend, as the great benefits packages handed to an earlier generation of expats are costly, but a greater flexibility and an openness to cultural adaptation are other winning factors.

The Expat Perspective: Making Friends Abroad
by Carrie Shearer posted on May 31, 2016 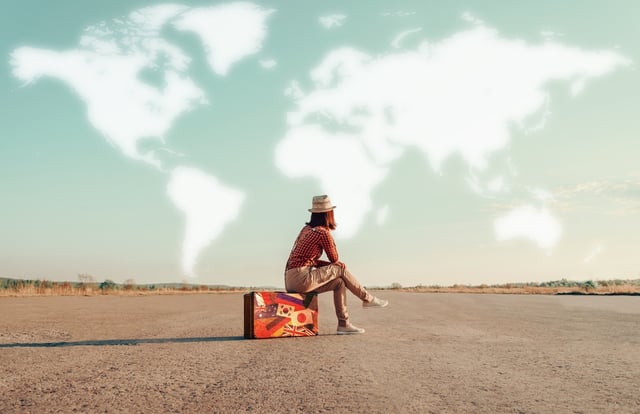 What would you do if you woke up one morning and your social network had disappeared?
That's what it can seem like to expats when they get off the plane at their new location. Their old friends might still be available on various communication devices, but it's hard for someone who hasn't been an expat to empathize with what you're going through. Even the most well-meaning friends can't fully appreciate why not being able to make the taxi driver understand where you wanted to go has you close to a meltdown. 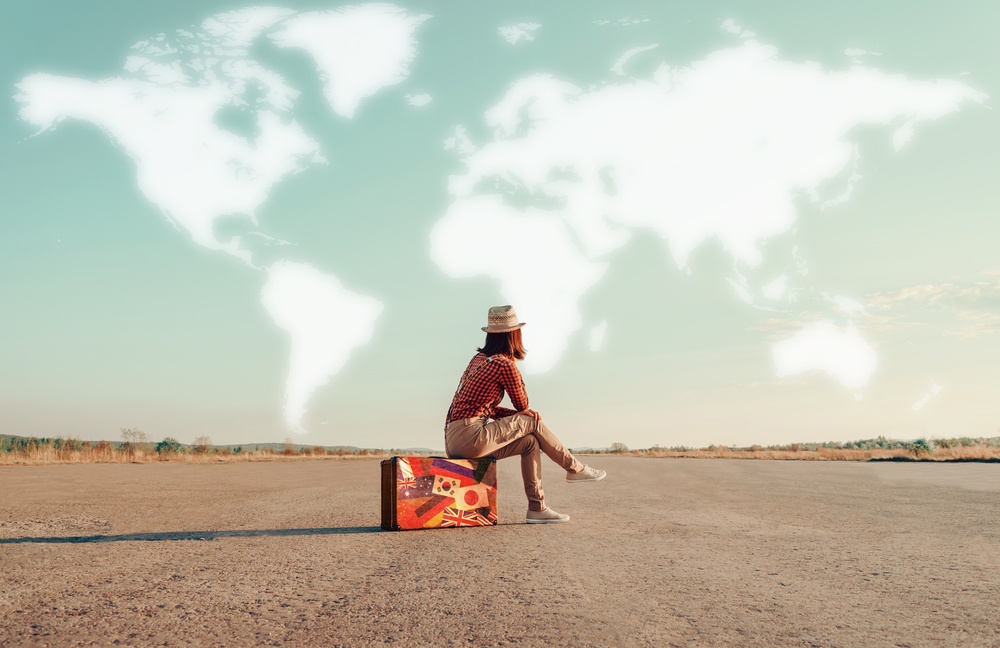 A Global Perspective: The Black Expat
by Sean Dubberke posted on August 9, 2016 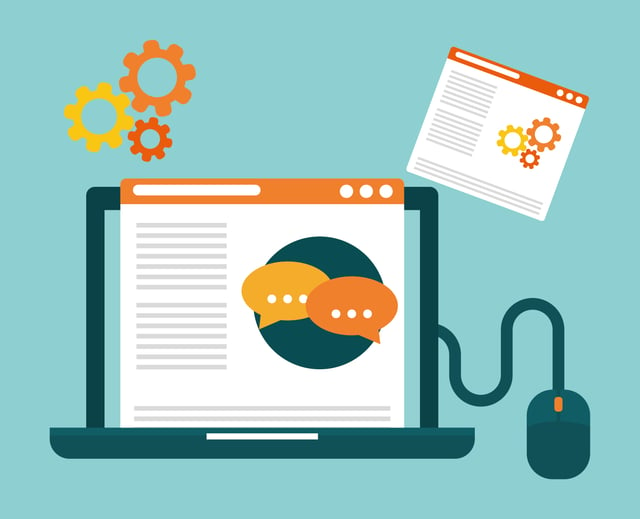 “The Black Expat is a much needed voice on issues related to global mobility and black identity. We highlight the rich, international experiences of the Black Diaspora with firsthand accounts, personal narratives and key advice about cross-cultural living. Our contributors and staff reside all over the globe, but have one thing in common – they’ve been impacted by a life abroad and have awesome stories to tell.”