China and the Cultural Definition of Cheating 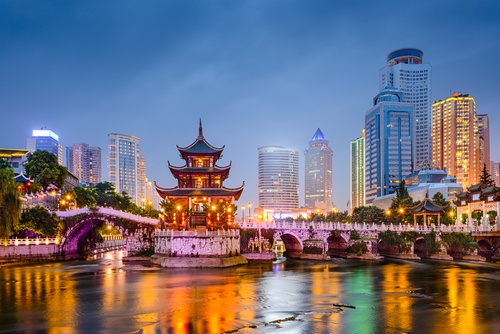 “Since initiating market reforms in 1978, China has shifted from a centrally-planned to a market-based economy and has experienced rapid economic and social development. GDP growth has averaged nearly 10 percent a year—the fastest sustained expansion by a major economy in history.”
The World Bank

In 20 years China has gone from the 7th largest economy in the world, to the second—and the distance between number 2 (China) and number 3 (Japan) is a massive $7 trillion. This unparalleled growth and relatively recent and sudden opening of markets is, understandably, bringing with it a certain amount of growing pains as more and more Chinese businesses, entrepreneurs and students seek out opportunities and education outside their native country. The issues Chinese businesses and nationals are facing are, at their heart, cultural, and make up the essence of what we do and teach here at Culture Wizard.

A recent article in the Wall Street Journal, about widespread cheating at the university level by foreign students—particularly Chinese students—illuminates clearly some of the challenges facing China, and they are all cultural.

A Wall Street Journal analysis of data from more than a dozen large U.S.
public universities found that in the 2014-15 school year, the schools
recorded 5.1 reports of alleged cheating for every 100 international
students. They recorded one such report per 100 domestic students.
(The Study noted) That cheating among Chinese students is a huge problem.
WSJ-

So now the question is; why are Chinese students cheating at a rate 5 times higher than their native born counterparts? Part of the answer is, of course, due to language difficulties, but that doesn’t explain just how pervasive the problem is. In a comment to the original article a professor from the University of Purdue suggest that “The Asian culture believes that using a person’s words or ideas is a way of demonstrating respect for that person.”  Ah, so cheating and plagiarism is actually a form of respect, even though the person whom you are intending to respect has no knowledge or gets no credit for said respect. Okay, let’s call that “invisible unrequited respect” and leave it at that.

Perhaps the best answer as to why Chinese students seem to cheat at higher rates than other students comes from a former Chinese student. Writing on the subject in the South China Morning Post, Kelly Yang, a Hong Kong native who herself was once a foreign student at UC Berkeley and Harvard, suggests that rampant cheating by Chinese students is the result of pressure placed on Chinese children by their parents and families.

Chinese students cultural issues abroad are the result of intercultural pressure placed on young Chinese students by their parents and families at home. Supporting this notion is the reality that cheating by Chinese students isn’t merely a problem when they are studying abroad. In fact, problems with cheating on the Chinese university entrance exam, known at the Gaokao, has gotten so out of hand that it is now criminal offense punishable with a seven year jail sentence.

What we all need to understand—and the real benefit to deepening ones cultural education—is how cultural bias influences us in so many hidden ways. Here we have excellent journalist from the Wall Street Journal and university professors all positing about what’s wrong with them when they come here, while missing the point entirely that Chinese cheating levels abroad  are comparable to exactly what’s occurring in China! A deeper look into the matter reveals that what appears to be a cultural issue abroad is really an intercultural issue at home, as a generation of parents and grandparents, who came of age in the harsher era of Chinese communism, pressure their children to exceed in the New China where merit based advancement is a real possibility—even if they have to cheat to attain it.  Now that is fascinating stuff!

What do you think about the intercultural-cultural legacy of Chinese cheating? Have any of you experienced this kind of intercultural pressure to achieve? Love to hear your thoughts. Want to learn more about China? Download our pocket guide.