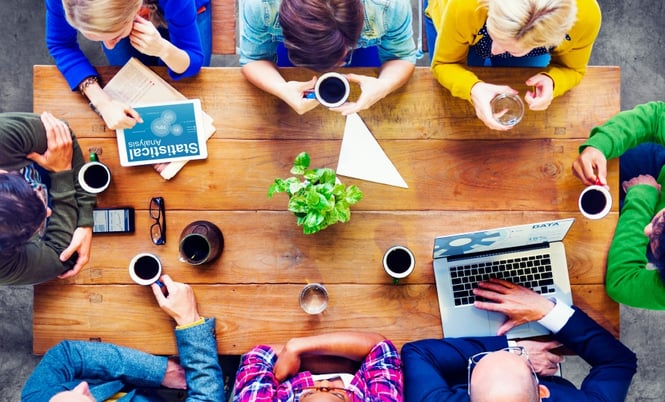 With some preeminent universities in the United States offering in-depth courses in startup innovation and entrepreneurship, one would not be entirely off base to think that startups are the global wave of the future. For Europeans however, it may take longer for startup culture to be widely accepted as mainstream.

A recent piece in The Wall Street Journal details the startling aversion many Europeans have to entrepreneurs and anyone else involved in the high-risk world of startups, venture capital, or business incubators. One man, the founder of several successful tech companies, was even denied the chance to speak at his child’s school-sponsored career fair in Belgium. “They wanted doctors or people who worked at BNP Paribas,” he said “The idea of having a weird guy who started companies—they didn’t want their kids to hear that.”

So why do Europeans seem so unfriendly to startup entrepreneurs? Firstly, it’s important to remember that Europe is not a monolith – but rather a host to a diverse array of cultures. That said, many European cultures value traits such as prudence and professionalism over anything that may be perceived as heedlessness in the name of striking it rich. When examined from a cultural perspective, it becomes less surprising Europe has still not produced a single tech company valued at more than US $10 billion.

Another potential barrier to European startups is a genuine fear of failure. Europe’s most elite schools are known for churning out successful businesspeople, engineers, and other well-compensated professionals. Who would want to leave this gilded path for the uncertainty of starting a business? One French venture capitalist interviewed for the WSJ piece states that “The grandes écoles teach students to contest against others, with no right to fail. The digital world is all about sharing and working together, experimenting and failing. This is the opposite of the [French schools].”

According to another recent piece in The New York Times, an American love of newness has partially fueled its welcoming of technological innovation and startups. Here’s something else to consider: in the United States, three of the top ten companies are technology companies – Apple, Microsoft, and Google. In Europe, none of the top-earning companies are in the tech sector. This is surprising to many because if anyone seems primed to compete in innovation, it would be the high-performing graduates of Europe’s most venerable universities.

The fear of failure in many European cultures directly correlates to the cultural dimension of Internal vs. External Control, which considers people’s attitudes toward innovation, risk, and tolerance for change. This dimension illustrates how likely people are to take a risk on a business venture that may likely flounder.

Another dimension that influences start-up culture is time orientation. Germany (a highly controlled time culture) is known for having efficient businesses, but is also known for being extremely risk-averse. However, some young German businesspeople are trying to change the perception that failure is as tragic and permanent as some believe. One heir the Miele appliance empire says that the main difference between Americans and their more risk-averse German counterparts is that “Americans are fine with selling something that is 50% done,” he said. “The German guy waits until it is 100% done.”

How do you think cultural perceptions affect entrepreneurs in different countries? What other cultural dimensions besides risk-aversion and time-control do you see at play in stories like this? Have you noticed that some countries are more “business friendly” than others? Share your experiences in the comments section below.

Interested in learning more about cultural dimensions that influence startup culture in the USA? Check out our Working Effectively with the USA webinar recording below.